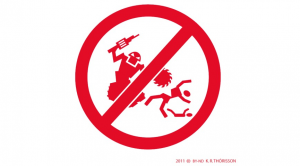 We are proud to announce our brand new Ethics Policy for Peaceful R&D. The policy takes aim at two major threats to societal prosperity and peace. On the one hand, increases in military spending continue throughout the world, including automated weapons development. Justified by “growing terrorist threats”, these actions are themselves resulting in increased use of undue and unjustified force, military and otherwise — the very thing they are aiming to suppress. On the other, the increased possibility — and in many cases clearly documented efforts — of governments wielding advanced technologies to spy on their law-abiding citizens, in numerous ways, and sidestep long-accepted public policy intended to protect private lives from public exposure has gradually become too acceptable. In the coming years and decades artificial intelligence (AI) technologies — and powerful automation in general — has the potential to make these matters significantly worse.