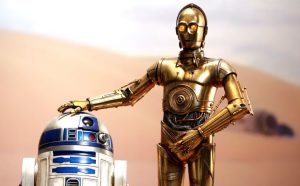 Imagine getting lost in nature and being rescued by a 3CPO-like robot that could speak to you and make life-saving decisions. You could also very well encounter a new robotic colleague working at a warehouse and communicating through natural dialog. As futuristic as these situations may sound, the technology which would allow for such communication and collaboration is within our grasp. It will allow humans and robots to work together on specific tasks in human-centric environments such as factories and hospitals using dialogue to obtain and convey information. The robots of the near future could even become stage performers, effortlessly mimicking human speech and behaviour.

On September 1st, 2016 IIIM and its partner Communicative Machines (CMLabs) will launch the CoCoMaps project. This endeavor proposes to improve natural human-robot communication and collaboration by allowing robots and humans to work together on tasks requiring real-time dialogue skills. 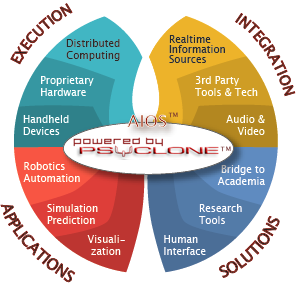 The CoCoMaps system builds on CMLabs’ primary product, the Psyclone platform, which allows seamless integration of otherwise incompatible technologies, such as computer vision, speech, online and offline knowledge, animation and real-time robotics control. Psyclone is the foundation for a so-called Cognitive Map Architecture which CMLabs developed for Honda and implemented in their robot ASIMO, allowing it to engage in one-on-one human–robot interactions. ASIMO is already amongst the most advanced humanoid robots yet developed, representing a leap forward in artificial intelligence.

The CoCoMaps experiment will use an expansion of the existing Cognitive Map Architecture (CMA) to allow two robots to interact with two humans to accomplish a set of complex tasks involving speech, vision and coordination. The robots will be controlled by the expanded CMA and will use an extension of the Ymir turn-taking dialogue system previously developed at IIIM. These systems together form Collaborative Cognitive Maps – CoCoMaps – which offer sufficient social interaction flexibility and complexity to enable the completion of practical tasks requiring the coordination of a diverse set of social and interactive skills. No research team has to our knowledge attempted the level of integration we propose, making CoCoMaps the first and only program of its kind.

Three areas that might see the greatest long-term effect on the implementations of this technology include information gathering, safety and entertainment. While the function of robots capable of human interaction may expand to other fields, CoCoMaps is pushing the boundaries of what is possible with today’s technology.

A major challenge in industrial robotics today is how to use collaborative robotics to allow multiple robots to work together on tasks in real-time. In the food processing industry, for example, robots for sorting and packaging have become faster and faster, yet face a fundamental limit to how much more efficient a single robot can become. Instead of just going faster, major players are looking to use multiple collaborating robots to increase the speed and efficiency at which food and other goods can be analyzed and organized.

In dangerous scenarios such as chemical or nuclear incidents, it also makes sense to deploy robots that can help map out terrain, aid in the rescue planning and possibly get to victims more quickly. By using information gained from victims and the environment, robotic agents could be invaluable in locating potential concentrations of victims, communicating valuable information to them and otherwise help ensure proper handling in dangerous and threatening scenarios where humans are present.

A final area that we could see significant long-term effect lies in entertainment. Simple hobby robots have only made small inroads into dance and human interaction. With the safety and situational awareness that CoCoMaps can provide, mobile robotics can become a centerpiece to a large-scale kinesthetic piece. Part of what makes stage performances appealing to audiences is subtle irregularities. Standard robotics using prearranged choreography flawlessly executed lacks this. We believe that our proposed architecture’s social awareness can simplify the programming of agents and make them perform with their human counterparts instead of serving as mere stage props.

The implications of more human-robot interaction can trigger fear in those who don’t understand it. When applied to unsafe or repetitive tasks, robots have the capacity to save human lives. As CoCoMaps pushes the limits of what is possible with our robotic counterparts, the creative potential and positive implications of involving robots in certain problem-solving scenarios will clarify, enriching humanity by enhancing our safety and enjoyment.

CoCoMaps receives funding from ECHORD++, which is funded by the European Union’s Seventh Framework Programme for research, technological development and demonstration. Further information on the project can be found on the CoCoMaps website.