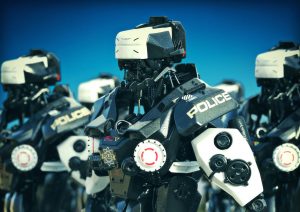 In an open letter to the UN they warn that lethal autonomous weapons threaten to become the third revolution in warfare, stating, “Once developed, they will permit armed conflict to be fought at a scale greater than ever, and at timescales faster than humans can comprehend”.

The letter was published Monday at the opening of the International Joint Conference on Artificial Intelligence (IJCAI) in Melbourne, Australia, one of the main international gatherings of researchers in AI.

AI expert Toby Walsh of the University of New South Wales collected the signatures from the founders of companies that employ a total of tens of thousands of researchers, roboticists and engineers.

The experts warn that these weapons can be used by terrorists against innocent populations, or hacked to behave in undesirable ways. “We do not have long to act. Once this Pandora’s box is opened, it will be hard to close.”