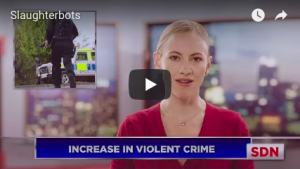 This video made by the Campaign to Stop Killer Robots, an international coalition working to preemptively ban fully autonomous weapons represents a scenario that could become all too real if we don’t act soon.

To support the cause and keep up with the efforts to ban lethal autonomous weapons visit autonomousweapons.org