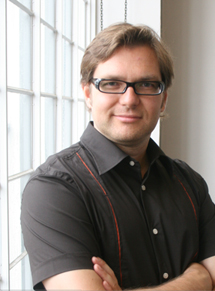 The Turing Test has since the 1950’s been regarded as one of the quintessential milestones in computer science by supposedly providing the ideal test-case where computer intelligence can equal human intelligence. In a recent report by the Telegraph, it is claimed that the Turing Test has finally been passed, where a computer program seemingly exhibited intelligent behaviour by convincing a panel of judges that it was a human being. Although the test it self has been highly influential in the field of AI, it has also received much criticism. IIIM’s managing director, Dr. Kristinn R. Thórisson was interviewed on the Icelandic radio show “Síðdegisútvarpið”, where he discussed the reports, as well as commented on developments within the field of AI. You can listen to the interview here (in Icelandic)