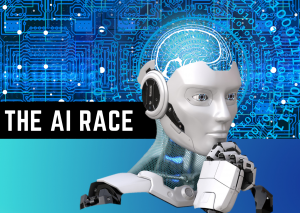 As Europe is currently facing a competitive disadvantage in the field of AI, especially in data access, the European Parliament decided to push on digitalization efforts. To officially launch a respective debate, the European Commission published a White Paper on Artificial Intelligence last February. It is beyond doubt that Europe must become more active in its digitalization progress if it wishes to place its countries among the top competitors in the AI space: According to Stanford University’s AI Index report, the world’s AI race is clearly led by the US and China, with Europe not even participating.

Taking action has now started with the establishment of a European Special Committee on Artificial Intelligence in a Digital Age (AIDA), which began its work on September 23, 2020 with 33 members and a minimum duration of 12 months. The chairman of the new committee, Dragoș Tudorache, is tasked with helping Europe to face the new technological challenges and optimistically stated: ‘If we wake up soon enough, we can make up this gap’. The challenges to be faced include a lot of new research and innovation, greater investments, increased risk analysis, instantiating new laws and rules, and attracting external talents as well as keeping home-grown potential. Speaking of home-grown potential, it will be necessary to rely on leading European companies in the field of AI so that they can support the progress with their highly qualified expertise. The Icelandic Institute for Intelligent Machines (IIIM) has been active in this field for over a decade and is unique in Scandinavia on that front. Hence, IIIM is looking forward to AIDA’s work and sees its own drive for diversity of projects completely in line with the committee’s important goal to ensure diffusion of a variety of AI methods throughout all of society’s industry. -LH