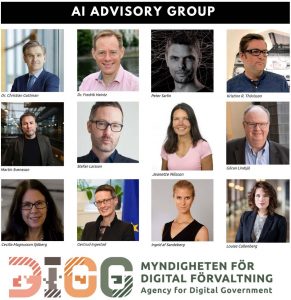 Together with the eleven other group members, representing a broad range of expertise to help DIGG reach the project goals, a plan is to be published in a detailed report at the end of year 2019. The project, and the AI advisory group, are expected to receive high level visibility in Sweden as well as internationally, as their work with DIGG will likely affect the entire public sector and change the future of many public services. The new government authority DIGG is now ready to get its work started, with its AI advisory group standing behind, ensuring a highly qualitative progress in the AI-related digitalization of Sweden.