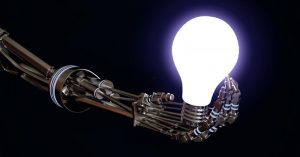 The Office of the Prime Minister of Iceland put together last year a committee to author an AI policy for Iceland. In preparation the document that is to be delivered by the committee later this spring, the committee has called for an open commentary from the general public. Earlier this week the Icelandic Institute for Intelligent Machines delivered a report on the Institute’s advice to the Prime Minister’s Office about Iceland and the 4th Industrial Revolution. The 14 page report includes answers to the committee’s questions that it specifically requested in commentary on, including the role that AI technology should and could play in Icelandic society, the values for guiding the Icelandic society in its adoption, and what is needed for the Icelandic economy to be able to utilize AI technology to the fullest.

Over the next 30 years automation will enter virtually every realm of society. The adoption of new AI technology relies on knowledge transfer from basic research, largely originating in academia, to its applied solutions in industry. Neighboring countries, and many others, have addressed this challenge through government support of applied research institutions, for instance, Finland’s AI Research Center FCAI, Denmark’s Alexandra Institute and the German Research Center for AI DFKI, to name a few. All are fairly recent except DFKI, which was founded in 1988. Like IIIM, it is a non-profit organization with an explicit goal of bridging between academic and industry research with a focus on applied AI. Starting with only a few employees in the 80s, it now counts over 1000 researchers in five cities, and it has spawned over 80 startups, most of which are still operational. IIIM’s report argues that without at least one such institution providing an “innovation conveyor belt” of this kind it is impossible to guarantee continuity in AI-driven automation adoption in society, as new generations of AI technology get invented. While most pillars needed for Iceland’s participation in the 4th Industrial Revolution already exist, IIIM’s report argues that lack of government support for a robust “innovation conveyor belt” is the single biggest threat to the country’s ability to participate in, and benefit from, the 4th Industrial Revolution.