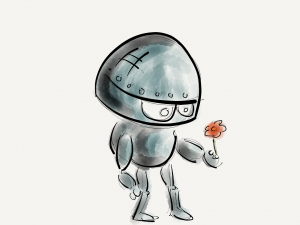 The Icelandic Institute for Intelligent Machines has been awarded an advanced research grant from CISCO Systems in San Francisco – one of the largest software companies in the world – to develop a new kind of AI. With over 77,000 employees worldwide, CISCO is a multinational technology corporation that designs, manufactures, and sells networking equipment and other high-technology services and products. The company’s annual revenue tops 50 billion U.S. dollars, making CISCO a market leader in IT and networking.

To understand IIIM’s AI research for which CISCO Systems pledges investment, think about our dependence on modern AI systems: Could we trust them to direct air traffic? Prescribe our medicine? Plan our summer vacations? Manage our finances? Probably not. Most people would find them untrustworthy. But a future AI that can explain why it does what it does – in a satisfactory manner – and demonstrate that its actions are sound, would probably be found more worthy of being trusted with tasks of that kind.

In the linked video, Dr. Thórisson is interviewed by Ralf Haller of NNAISENSE about the principles behind this new kind of AI.

This kind of AI does not exist – yet. But CISCO Systems believes IIIM already has the beginnings of such an AI, and is betting on its future, and has awarded IIIM with a two-year research grant to work on the concept. The work, directed by Dr. Kristinn R. Thórisson (PI), involves the development of a prototype that can learn about causal relations in the world, through cumulative (self-supervised) learning, improving autonomously through its own experience. “The long-term goal of this work is an AI system that can fully explain and understand its actions – known to some as ‘real AI’ – general machine intelligence” says Dr. Thórisson.

The IIIM team has already designed and developed a cognitive control system that can model its subject matter incrementally and is capable of cumulative learning based on goal-driven top-down autonomous learning. Dr. Thórisson explains: “The system we have developed so far, and is the foundation for continued work in this direction, demonstrates profoundly new principles for constructing a cumulative learning machine, based on knowledge representation that naturally supports valid, human-like explanation of events and actions. A large part of this work is based on the idea of reflection – a system that can turn its learning processes on its own thoughts, and think about its own thinking, just like humans.” As a world first, the system, called AERA (Auto-catalytic Endogenous Reflective Architecture), has demonstrated what is known as ‘self-programming through imagination’ — the ability to change its own behavior on the fly, as new information is received, by ‘thinking’ about what it knows and simulating in its ‘mind’ what may happen in the future. “We have shown that the system can learn very complex tasks through exploration and imagination.” says Dr. Thórisson, “We are very happy to be able to proceed with this work through the CISCO research grant.”