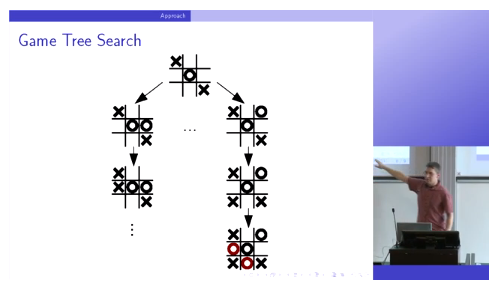 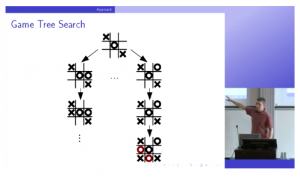 Dr. Stephan Schiffel gave a talk on General Game Playing at IIIM’s and CADIA’s AI Festival. In the last decades, Artificial Intelligence was very successful in developing programs that play on par with human experts or even beat them in such complex games as Chess, Checkers, Backgammon or Poker. Why are there still other games we have not solved – for example the board-game Go? The area of General Game Playing tries to bridge the gap between these different games and develop more general solutions. Dr. Schiffel provides a look behind the success of CADIA in this field and discuss how this research is relevant beyond playing games.

Dr. Stephan Schiffel is a professor in computer science at Reykjavik University. He received his PhD in 2011 from Technische Universität Dresden. His current research interests are in Intelligent Systems, Game Playing, Knowledge Representation and Reasoning.